Patrick, who is weighing up a run for Lord Mayor at November’s council election, has taken up the case of North Adelaide residents group leader Robert Farnan, who filed a freedom of information request to the council in May asking for “all contracts and contractual arrangements pertaining to the current development at 62-100 O’Connell Street”.

Farnan – a vocal opponent of Commercial & General’s $250m three-tower residential and retail complex being constructed at the old Le Cornu site – was denied access to the “Executed Land Facilitation Agreement” which council staff identified as within the scope of his FOI request.

Patrick argues that state and federal agencies routinely disclose contract details, and there was no reason for the city council not to do the same in this case.

He has previously flagged that transparency would be a key pillar of his platform if he chose to run for Lord Mayor and that “the bulk of most submissions” to council – including business proposals – should not be confidential.

The contract to redevelop the notoriously vacant site at 88 O’Connell Street was signed between the council and Commercial & General in December 2020.

In a determination letter sent to Farnan, the council’s FOI officer claimed three clauses – 13, 15 and 16 – of the FOI Act made the contract exempt from release.

“Parties to the Agreement are bound by confidentiality clauses within the Agreement which prohibit release or disclosure of any information pertaining to the terms of the Agreement.”

The officer went on to cite Section 15, arguing: “It could be reasonably expected that release of the Agreement could adversely affect the financial and property interest of Council.”

“Release of the above information could reasonably be expected to prejudice Council’s position in future contracts by indicating anticipated terms and conditions,” the officer wrote.

“Furthermore, [it] could be expected that Council’s ability to manage its property interest in relation to this and future projects would be jeopardised.” 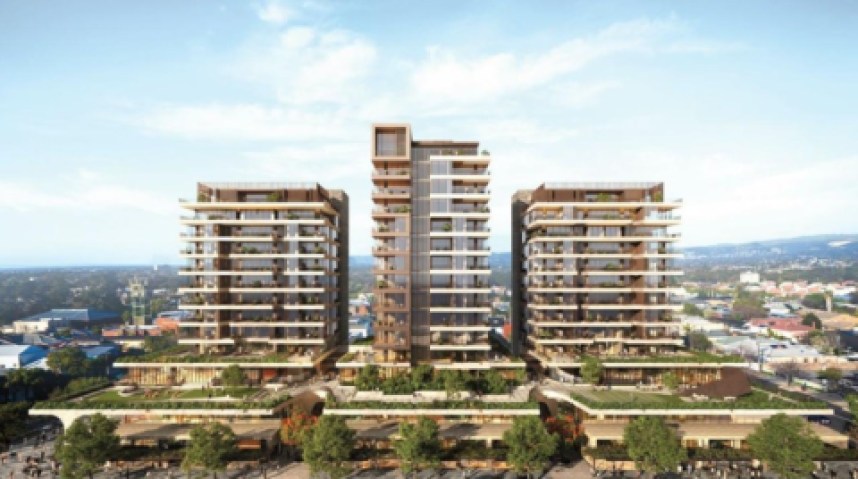 Finally, citing Clause 16, the officer claimed the contract’s release would “weaken Council’s ability to manage its operations in accordance with its own policies and obligations to the community”.

“The factors against disclosure therefore outweigh those in favour and I consider that, on balance, it would be contrary to the public interest to release the document.”

But Patrick last week put in an FOI request asking for the same contract, describing the decision to withhold the information as “erroneous”.

“Government and council contracts in SA should not be held secret,” Patrick wrote in a six-page letter to the FOI officer, which also argues that secrecy in such cases raised concerns in the public’s mind.

“The blanket secrecy approach taken by the decision maker in [Farnan’s] FOI decision … is sadly inconsistent with the objectives of the FOI Act and the proper application of its exemption provisions.”

Patrick, who submitted the letter in his capacity as a director of his new transparency consulting service, told InDaily he did not have any comment on the merits of the Eighty-Eight O’Connell development or the processes that led to its approval but was wary of the “necessity for transparency in all Government and Council activities”.

In his letter to the FOI officer, he criticised the use of clause 16 (exemptions for information concerning the operations of government agencies) to prevent release of the contract for Eighty-Eight O’Connell.

“Sadly, the Clause 16 reasoning of the decision maker in FOI decision ADEL208010 creates the impression that the Adelaide City Council can only function properly in an environment of secrecy,” he wrote.

“Noting my application directly addresses the erroneous aspect of the decision maker’s reasoning in FOI decision ADEL208010, it would be good administrative practice for my request to be actioned by a different and more senior accredited FOI decision maker.”

Adelaide City Council chief operating officer Amanda McIlroy confirmed to InDaily the council had received the new FOI request from Patrick and would “consider” his comments about how the previous decision was made.

“Today, we confirmed with Mr Patrick that his FOI application was received and further information will be provided to him tomorrow,” McIlroy said in a statement.

“The application will be assessed against the legislative requirements of the Freedom of Information Act 1991 and will consider Mr Patrick’s comments on the original decision-making process.

“A senior officer will complete this review.”

Media diversity is under threat in Australia – nowhere more so than in South Australia. The state needs more than one voice to guide it forward and you can help with a donation of any size to InDaily. Your contribution goes directly to helping our journalists uncover the facts. Please click below to help InDaily continue to uncover the facts.